Cooking for our Community Fundraiser 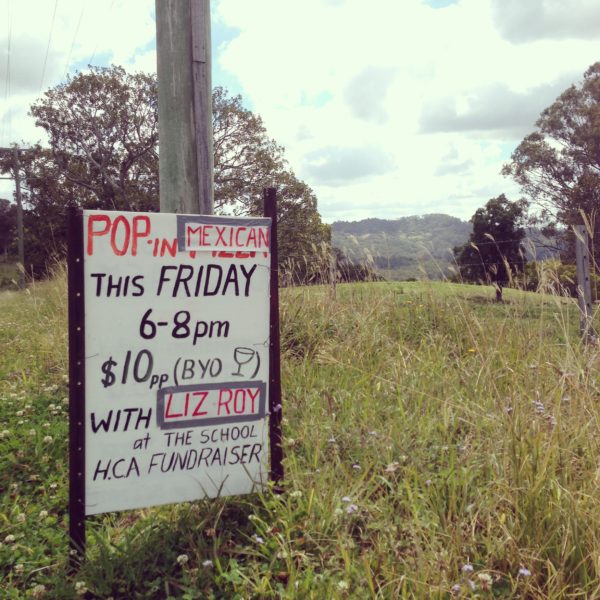 Each month our little community has a fundraiser hosted by different folk in the valley to raise money for insurance. It costs over $3,000 a year for public liability on the property. We have on old school building on the premises which is a library each saturday. There is also a tennis court, volleyball net and now a pizza oven. Last year we got a grant to build a pizza oven from Heritage Bank which our chairperson Kate organised. Since then pizza is now a staple each month.

This month Roy & I volunteered to cook for the folks in the valley along with the help of Julian. Usually each month is Pizza Night, I wanted to make something different, something super easy as I have a little one to look after too. During the lead up to our night Isla was going through a major growth spurt. Not sleeping so much during the day getting up 4-6 times during the night to feed. Urg. I am glad to say that she if finally back to sleeping like an angel. I even can say she has now slept 5 nights in a row through the whole night. Woohoo. Yes that is 11 hours straight in hour house no more two o’clock feeds.

Ok back to foodie things. Changing the menu up meant that I could cater for the Gluten Free & Dairy Free folk. I also wanted to do most of the cooking during the lead up to the night as opposed to doing it all on the night. Which meant if Isla was having a shocker I could be close by. Turns out she was well-behaved and lapped up loads of cuddles. Its her fifth pizza night, she loves socialising.

On the menu we had pulled beef, black beans, rice, coleslaw, leafy greens, zucchini salad (thanks to Kate) and Roy’s chili salsa. It was a fusion of Brazilian, Mexican & Texas style food. I baked up some focaccia’s for nibbles on arrival in case folks were starving. A trio of dips were served along side; beetroot & dill, garden pesto and Kate’s pumpkin hummus.

My idea of cooking for folks is getting everyone sitting at a table eating with knives and forks. Everyone ended up sitting and eating like a big family on the night. It was awesome. I love sit down meals and I love talking to those around me. It was a great night with a real pleasant atmosphere.

Turns out the oven is great for baking bread. I think when we get back from Alice I will see if any of the folk in the valley want to buy local bread. I will also see if Julian will be my wing man in the fire & baking department. I think I am good at making the dough – light hands. Who knows it would be kinda cook baking bread once a week in the oven.

Does your community come together for meals or events? 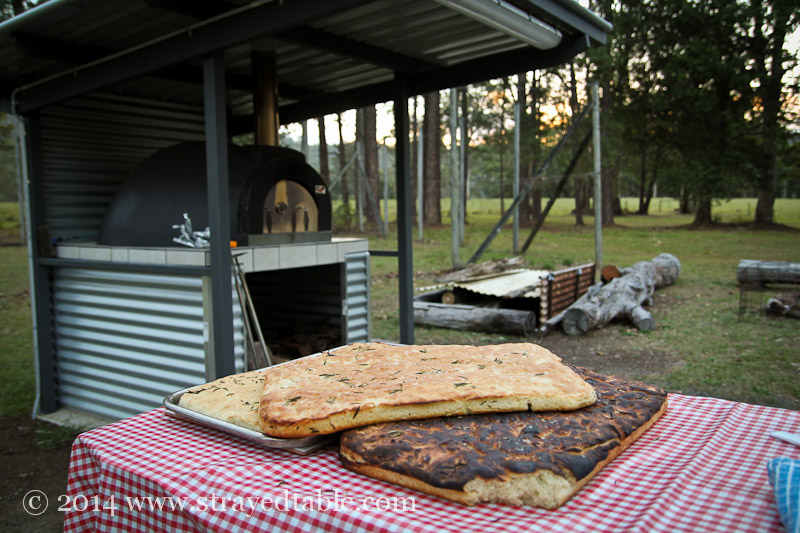 Above: You can tell which one cooked first – Rosemary Focaccia. Below: the roaring fire in the pizza oven. 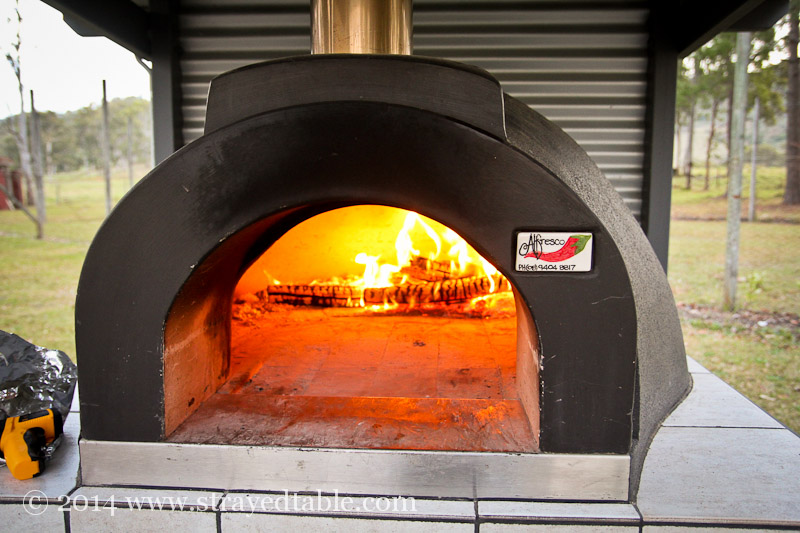 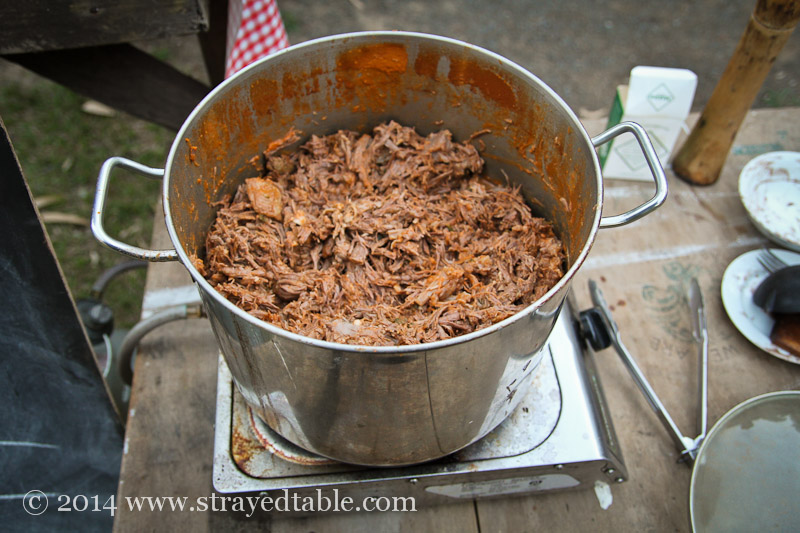 Above: Shredded beef. Below: me rocking the menu. 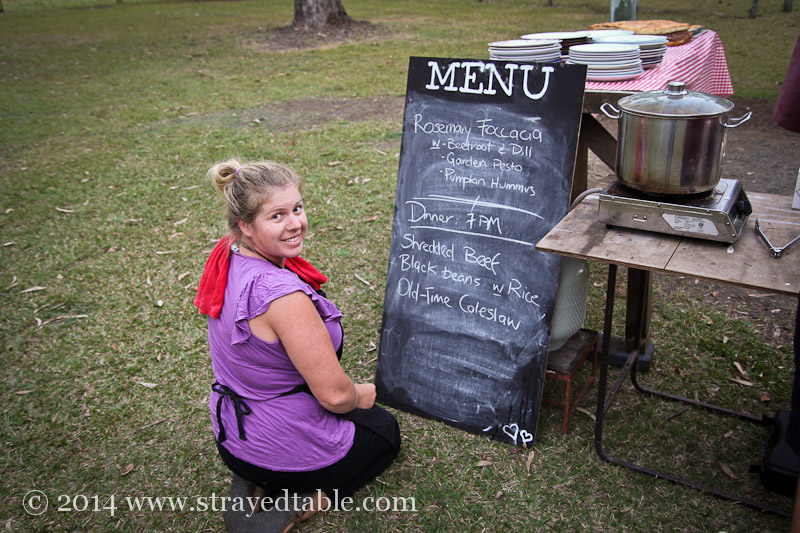 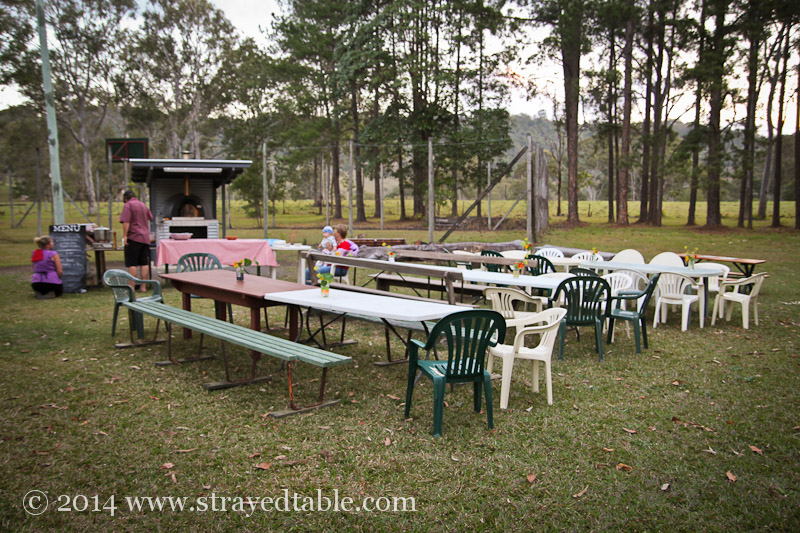 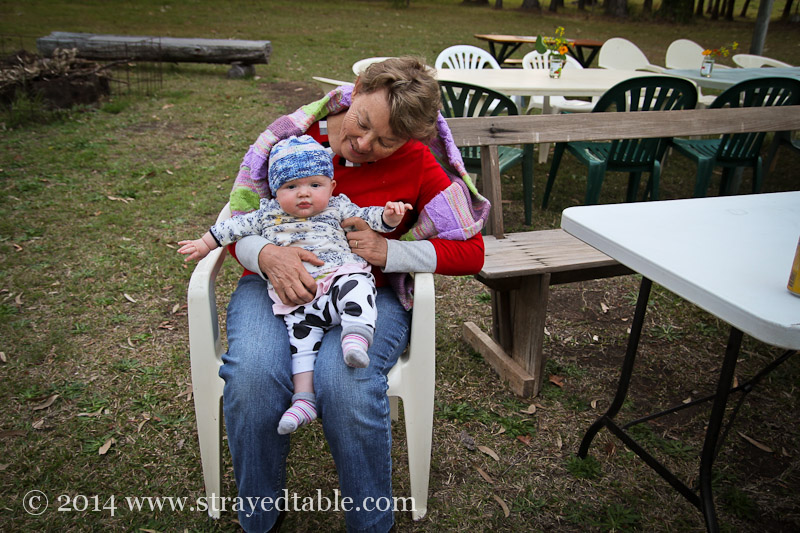 Above Dawn looking after Isla, while I do the finishing touches to dinner.

Planning, cooking, chasing kids & running an online business; it might seem like there is a lot going on. Yet Lizzie is all about living simply and creating a flexible lifestyle that enables plenty of travel, adventure and quality time. A lifestyle writer and photographer for over 10 years for numerous publications, working online for over 14 years Lizzie also works as a mentor for women who are looking to create and live a life with passion & purpose at www.lizziemoult.com.
PrevPreviousHomegrown & Homemade Lunch
NextObsessed with LabelsNext
RELATED POSTS 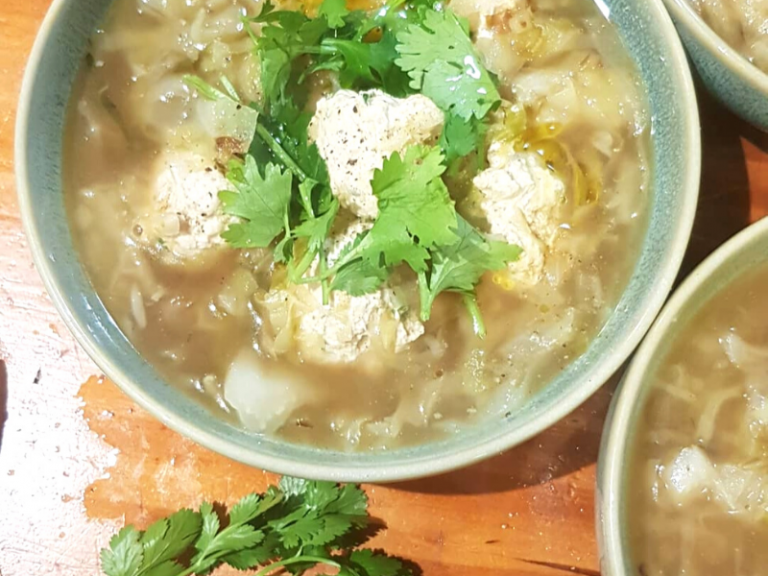 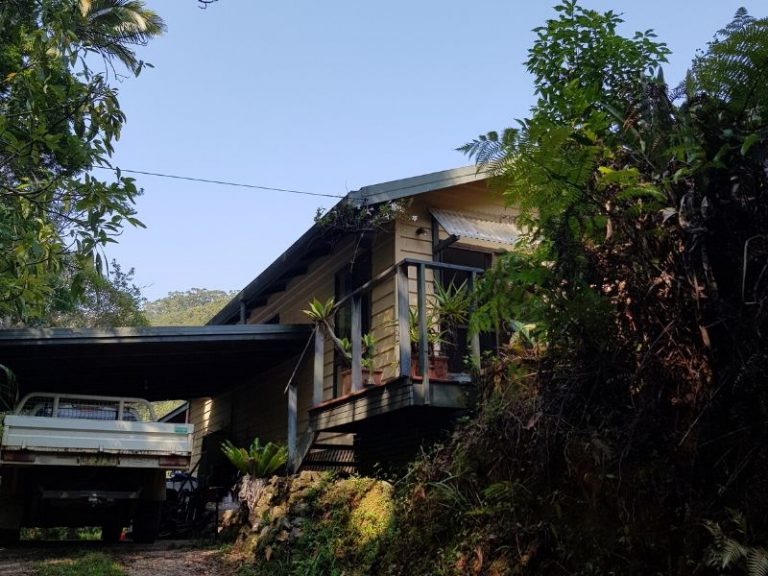 When the universe confirms all that you have been