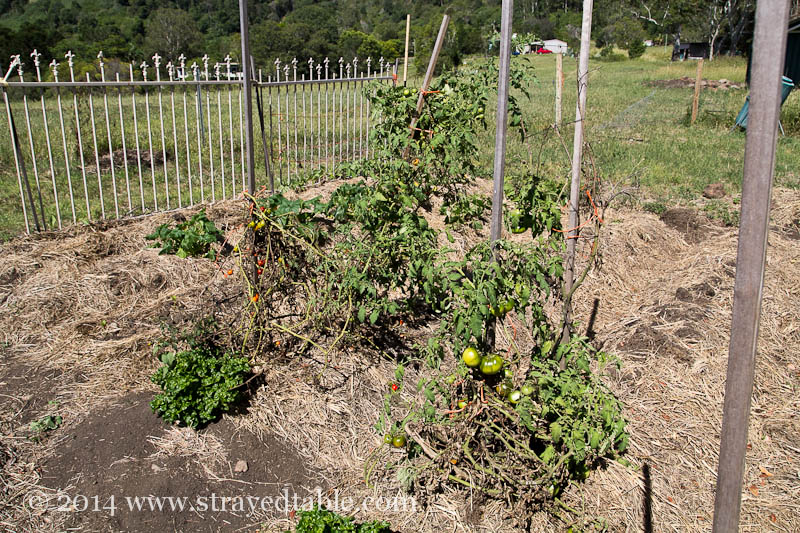 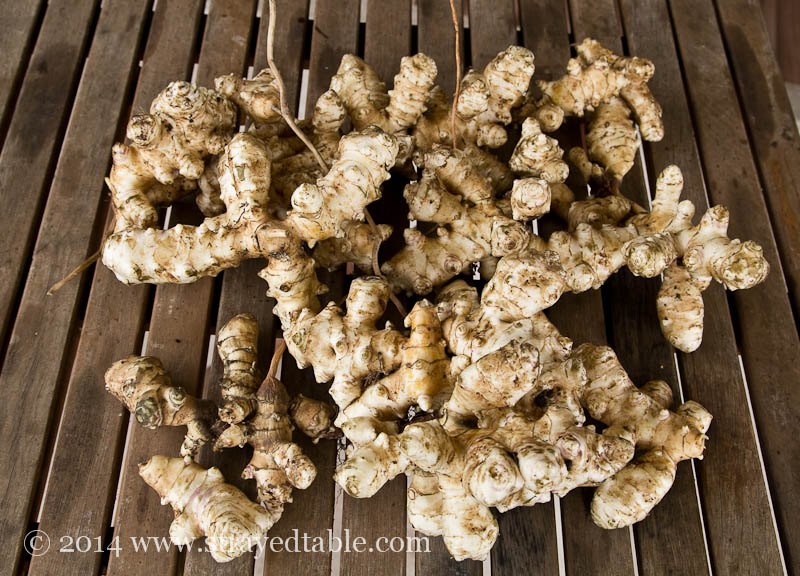 Welcome to another round of eager gardeners sharing their veggie patches around Australia and the world. For us here in Australia I am welcoming Autumn in with such delight even though the lack of rainfall has been a bit depressing, more on that later. The Garden Share Collective is a group  of bloggers who get together each month and share their trials and tribulations in their veggie patches. With our online community we manage to problem solve, bitch about the weeds and keep inspired to growing fresh organic food.

This past month on Huthwaite Farm has been go, go, go. With seedlings ready for planting and sown into the soil. Mass weeding and mulching was a priority as the rainfall has been dismal. For those of you who don’t live in south-east Queensland I just want to explain to you the whether we should have been having. Usually the start of the year brings the monsoon rains. Last year we received over 700ml of rain in Jan, 600ml in Feb and 350 in March. So far our totals are looking very dismal with only 100ml  recorded each month. Fingers crossed for March.

We have sown another two trays of seeds for planting in March ready for winter. This next month is all about watering and keeping the seedlings happy and healthy so we will have plenty of food. Last week Roy set up a tap in the garden, this is a huge milestone for us. Not only it is so much easier to keep the garden watered it means that I don’t have to lug 2 watering cans down the paddock each day. I am getting spoiled now that my belly is growing rapidly. 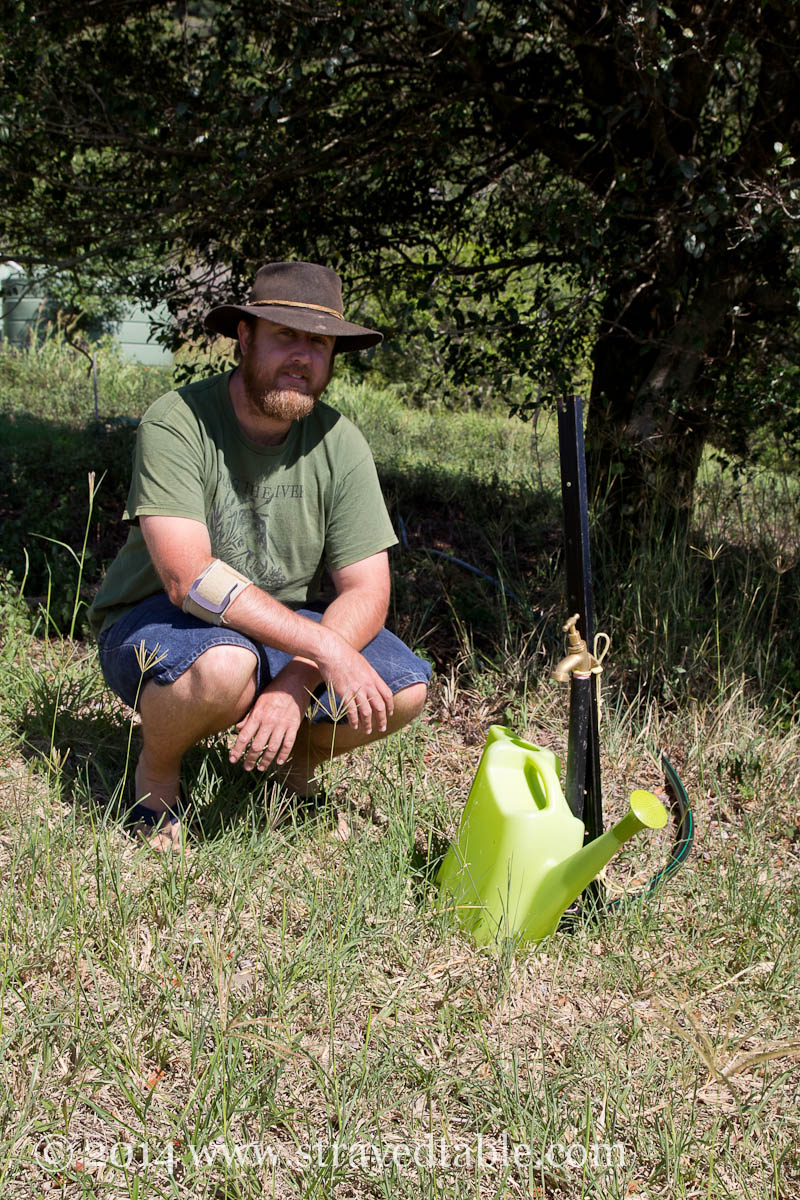 Roy proud as punch with our NEW tap. Its gravity fed so we are still using a watering can to spread the water around the garden.

We managed to keep ourselves fed a little from the garden this past month. Harvesting: tomatoes, kale, zucchini’s, eggplants and a few random bits of silverbeet. We had plenty of capsicums and chilis too. Our biggest crop for February was our Jerusalem artichoke, from one plant we had over 3 kilo’s of the stuff. We have been roasting it up and found that it is also great at breaking up our clay. So we may plant more of it in our problem areas in the garden in March.

Watering is my major priority this month, getting the seedlings the best chance at life. I will give a liquid fertilizer twice over the month to encourage growth and root development. Also now I have to do a weekly dipel around the garden to keep the cabbage month and clusterbug at bay. Nothing is more heart breaking than loosing your plants. I also have seedlings to keep an eye on and look after for late planting in March. 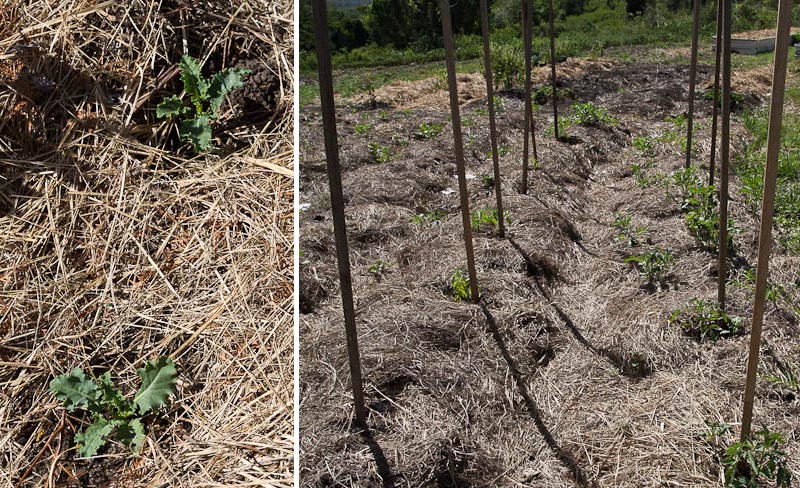 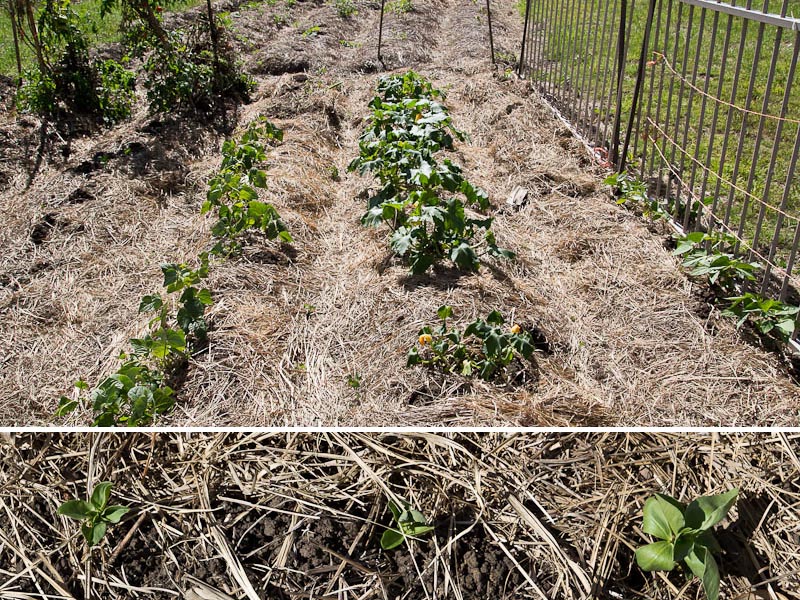 Our snake beans (climbing), zucchini’s, yellow bush beans and the other rows near the tomatoes is our broad beans. 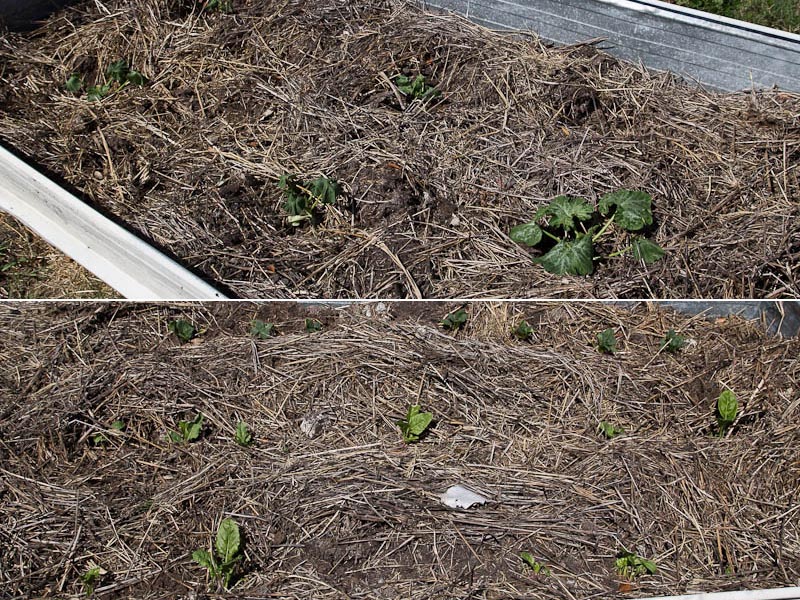 One of our raised garden beds. We noticed that the bed was quite moist after it has been neglected for such a long time. We planted out some golden zucchini’s and sliverbeet. 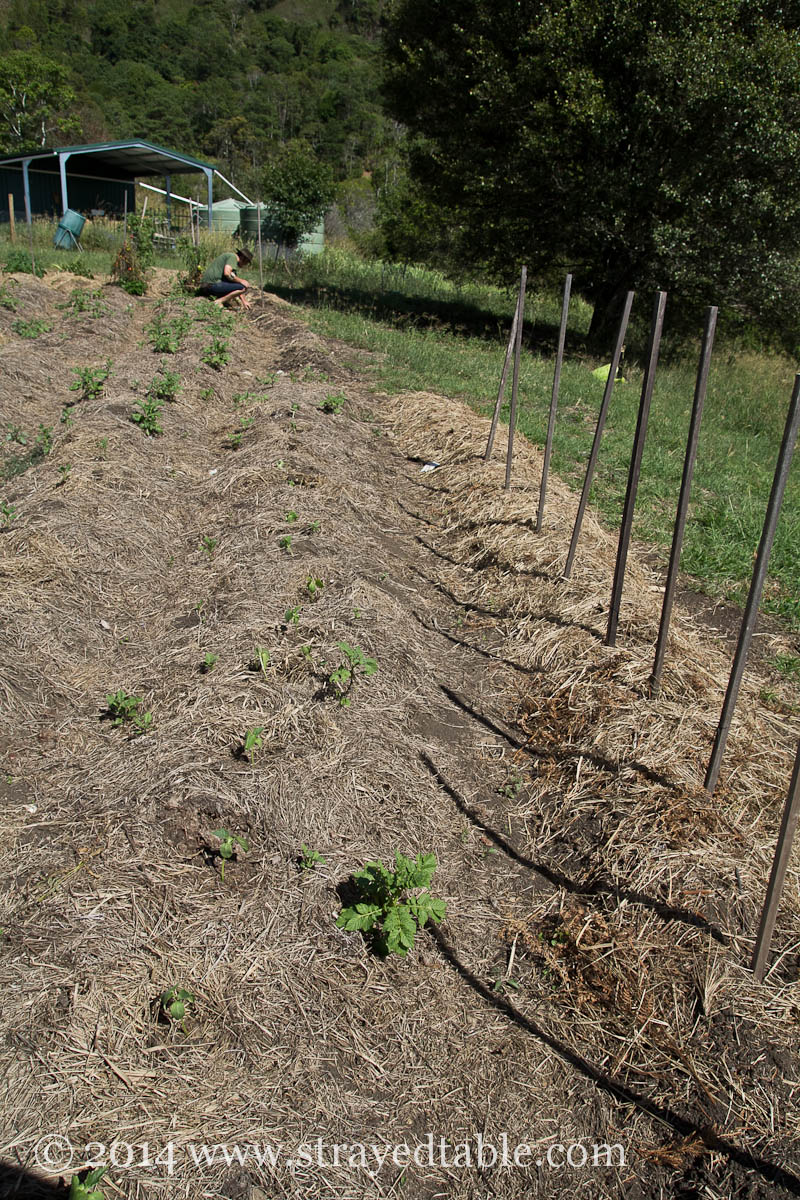 Cucumbers on the left row, tomatoes with the stakes and random potatoes that have come up. We will leave them in hopes of spuds in months to come. 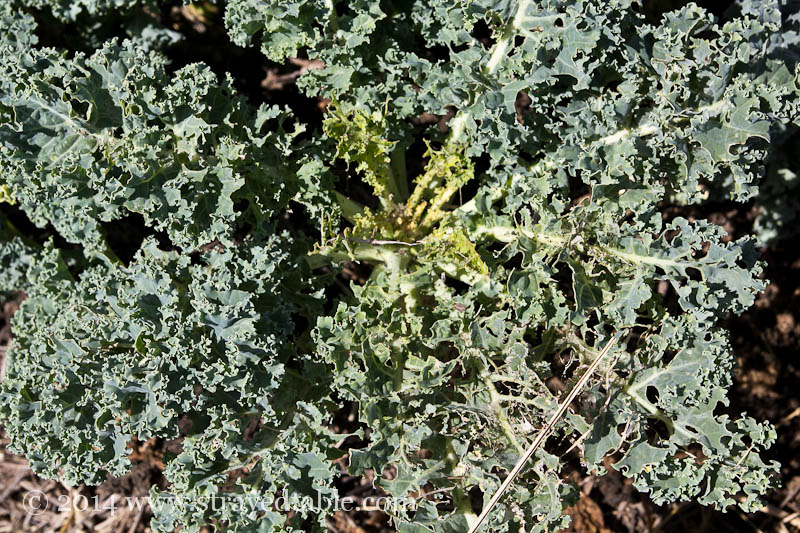 This is how dry it is, the cluster bug that eats the kale has returned early this year. 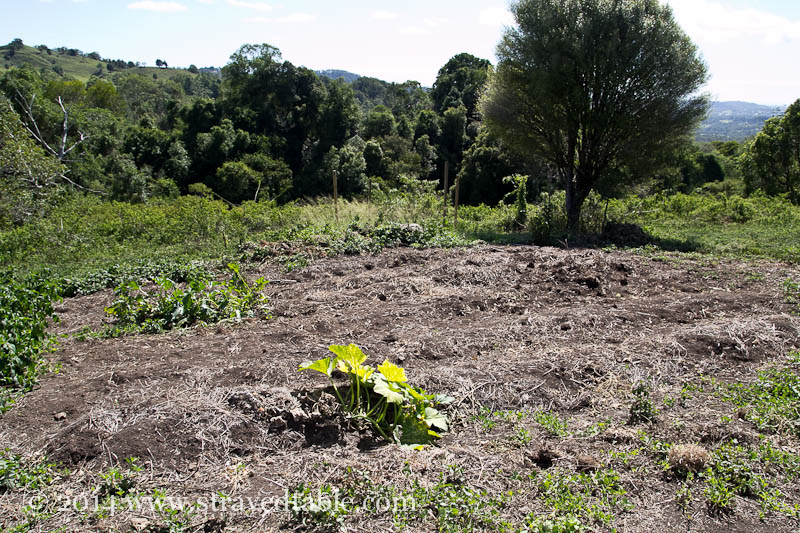 The bottom section of the garden freshly weeded, just needs mulch now to cover it. 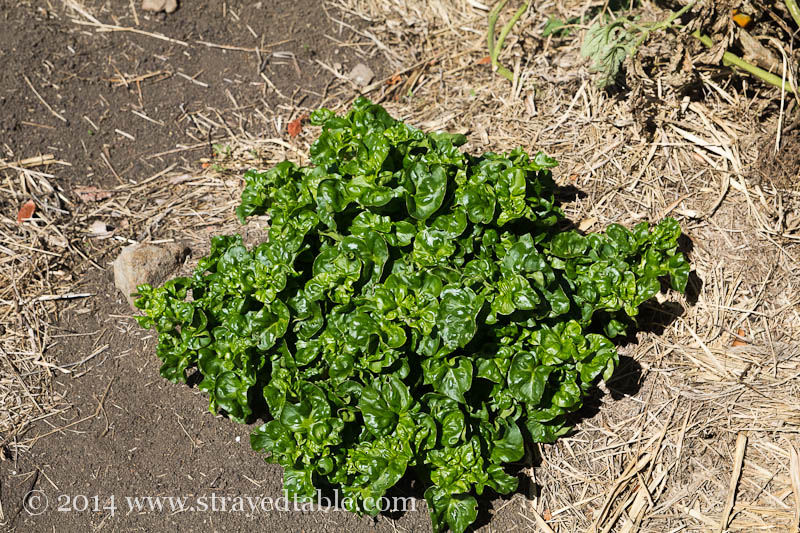 Brazilian Spinach – I planted this out in July last year and have never watered it. Its sturdy stuff, great for adding to pies.

Planning, cooking, chasing kids & running an online business; it might seem like there is a lot going on. Yet Lizzie is all about living simply and creating a flexible lifestyle that enables plenty of travel, adventure and quality time. A writer and photographer for over 10 years for numerous publications, working online for over 14 years Lizzie also works as a mentor for down to earth entrepreneurs, creatives, bloggers and leaders at www.lizziemoult.com.
PrevPreviousChicken and Fresh Corn Soup Recipe
NextChange Table & Wash Area : 6 Weeks to GoNext
RELATED POSTS 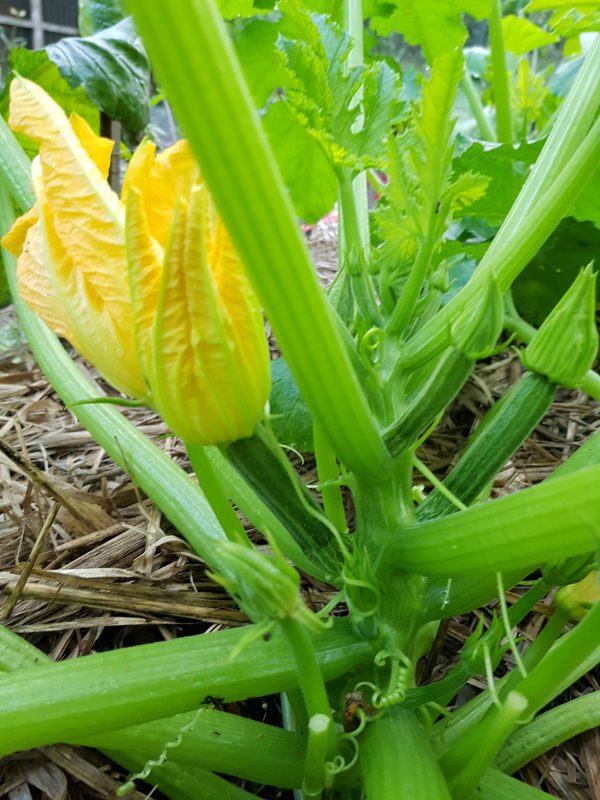 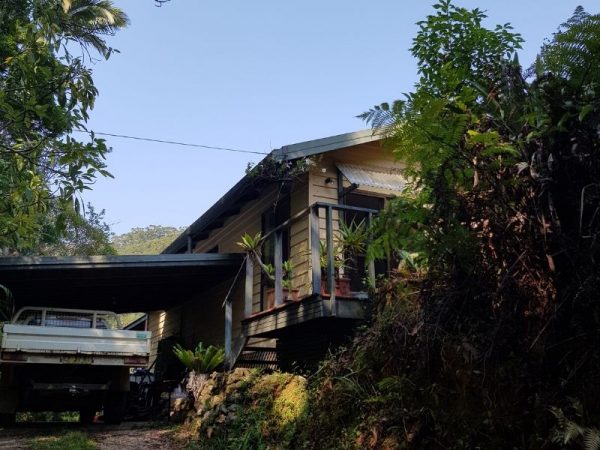 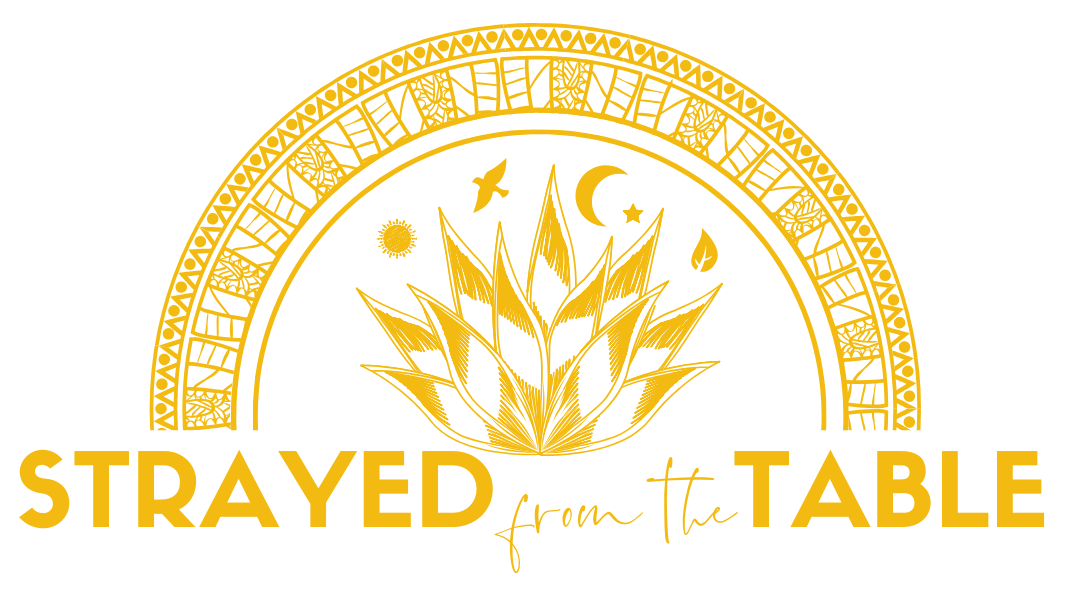